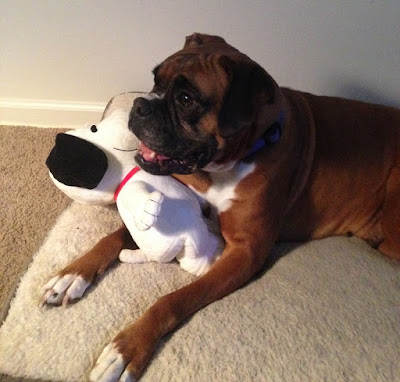 I’ve always said that one of the cruelest tricks God plays on man is to make our pets’ lifespans shorter than our own. It’s a trick most of us nevertheless fall for time and again, though we know the result will always be the same. For the last seven years it’s a trick I’ve managed to avoid…. Until this morning. And now that the trick’s been played, my heart aches with a wound from which it will take untold time to heal.

We all have that one point in our lives when we hit rock bottom. For me it was the Spring of 2013. The details at this point don’t matter. Suffice it to say I found myself a broken man at that time. In so many ways my life was spiraling out of control. Like a whirling dervish with no point of focus, I nearly spun myself to a place from which I genuinely feared I might never return. Now, I may carry God with me wherever I go with two crosses tattooed on my arms, but my faith had begun to waiver long ago. At the time of my life, it had evaporated. Perhaps I needed to reach that stage in order to heal and grow again. And that’s when the most fortuitous thing I could have ever prayed for cast a light into my darkness.

Thinking back now I don’t recall if I’d told my friend who runs Adopt A Boxer Rescue much about myself personally. I suppose it’s possible, but it was more likely simply a matter of serendipitous fate. “You have to see this dog,” she said to me in a message. I didn’t want a dog. I didn’t want anything, frankly. Or better yet, I didn’t know what I wanted. I was lost and in no position to be making radical life decisions. At that time I’d already had too many such decisions made for me. But… it wasn’t about what I wanted. I’d come to understand that later. No, it was about what I needed.

I needed a savior.

I needed that dog.

And her name was Memphis. 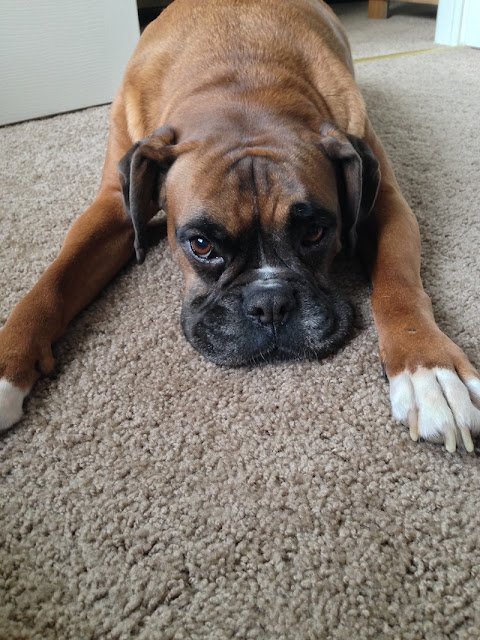 You see, I’m a World War II aviation buff. So much so, in fact, that I to this day have a model of the B-17 bomber Memphis Belle sitting on a shelf in my office. So when my friend approached me and said that I needed to see a dog named Memphis…. I picked her up three days later. A day after that I wrote the check for the full adoption fee, and she was mine. I’d saved her.

Memphis had never slept on carpeting, let alone a therapeutic foam mattress. She’d never climbed stairs. Never played with toys. She’d never known companionship or love or even a decent meal. Instead she’d been forced to breed, forced to sleep on cold concrete to the point her legs bore scars from where the roughness of the ground on which she slept wore away her fur.

At the time I lived in an apartment, alone. Maybe it was just the coincidence of her name, but after the years she’s been a part of my life, I know that’s not true. There was something special about this dog. There was a specific reason this particular dog came into my life, for both our sakes. This dog, my Memphis, was meant for me, and I for her. 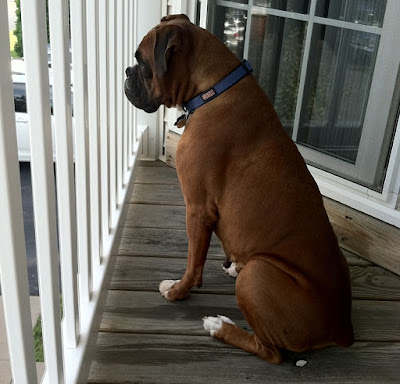 I honestly don’t know what I would have done at that time of my life had she not entered the picture. I was so very low, and had sunken so far. And then a pair of boxer eyes stared up and me and everything, everything changed. She sensed my every emotion. I’d find her on the couch next to me when I needed more than my solitude, or she’d lay peacefully on her bed if I needed to be alone. Whatever I needed of her, she provided.

I can say unequivocally and without any shred of doubt that Memphis was the best dog I have ever had the honor of having in my life. And when our lives drastically changed again a couple years later, she again proved how perfect a companion for me she was.

When my wife and I first started dating, she too had a dog. When I first got Memphis, however, I was told she didn’t like other dogs, females especially, and didn’t like children. No doubt the effects of being forced to live in breeding conditions with other females in an environment where care was an afterthought. So when my then-girlfriend and her male lab-pit mix moved in, we worried.

Within a week the two would share space on our bed, or together on the couch without us. Later, as our relationship progressed and we spent more and more time with my girlfriend-then-fiancée-then-wife’s family, we learned just how special Memphis was. Didn’t like other female dogs? Tell that to the three female labs that had been her three best pals for the last five years of her life. 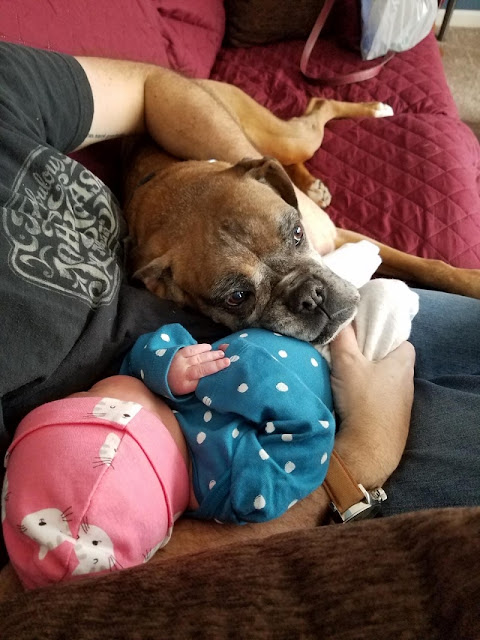 Perhaps it was because it wasn’t my child. Or maybe because it wasn’t a child in her pack. Because when we brought our newborn daughter home, and placed her in her crib, we’d find Memphis right behind us, laying in the doorway, facing away danger, guarding. We’d place our daughter beside her and Memphis would nuzzle and snuggle in close. And when our daughter became mobile, Memphis would tolerate each tug, each pull, each misstep that crazy toddler would make. Never, not once ever, did she show any sign of aggression towards the tiny human that annoyed her so.

God began playing it several months ago. First Memphis lost her hearing. Then, several weeks later she developed strange bumps on her back and leg. And, in what we now think to be a stroke, she lost all strength in her back, left leg, and her eyesight.

But, as she always did, Memphis rebounded. Her time at my side wasn’t done quiet yet. She regained some strength and sight in her right eye. There was still more love she had to give, to me, my wife, our daughter, our family. Sadly, that time was scarce.

In the last several days, she got weaker and stopped eating, and gave us clear signs that her fight was coming to end. So we snuggled on the couch, I laid on the floor, and reminded her just what she’d done for me these past seven years. And I prayed I’d done enough for her in return to earn it.

We said our final goodbyes this morning.

After twelve years of life, seven at my side, Memphis was gone.

I cannot honestly say that I would have made it through the most difficult time of my life without Memphis to guide me. I am and will forever be grateful for the profound impact this one dog had on my life. It’s not the first time I’ve lost a pet, but losing Memphis is unquestionably the most painful.
She was a part of me, in so, so many ways.

Thank you, my dear girl,  for being exactly what I needed. You may be gone now, but you will forever remain the part of me you became. 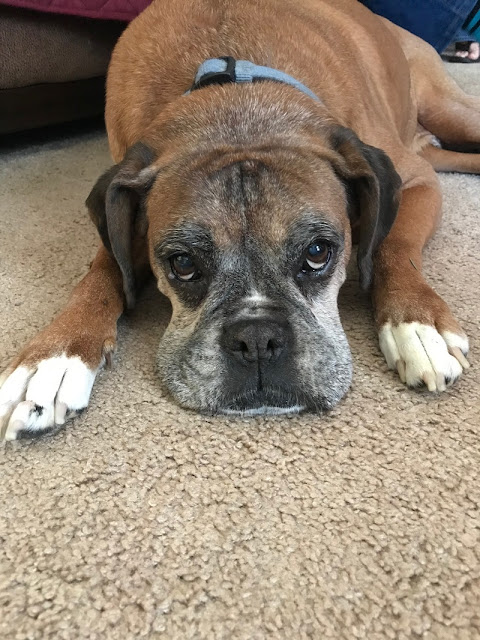 I love you, Memphis.

A Buick By Any Other Name... Is Still A Buick.

We're Smarter Than This, Right? Right??

Ramblings of an Expectant Dad: The Ocho

An Open Letter to the President-Elect

Lawyer by trade, writer by passion; I find my escape from the stressful legal world by putting pen to page. Writing almost as long as I have been able to hold a pencil, the process of creating stories, characters and places has, for me, been both therapeutic and exhilarating. Initially reluctant to fully share my imagination, I've now been writing books, blog posts and other inanity since 2011. At present, my portfolio includes four (soon to be five) books in The Deep Space Chronicles series, this blog, and, most recently, contributions to the pop-culture website thathashtagshow.com. I hope you enjoy reading my writings, musings and ramblings as much as I enjoy writing them.

Peruse my other ramblings here: